Please do not question the efficacy of locally developed vaccine: Union Minister Reddy 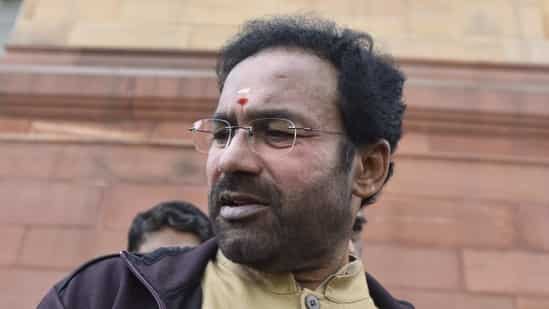 Union Minister G Kishan Reddy on Saturday assured the people that the vaccine developed in India has been rigorously tested before being approved and it would benefit everyone as the Center undertook a massive vaccination campaign. Reddy also pointed out that people question locally developed vaccines and prefer to recognize the efficacy of vaccines and drugs developed abroad.

“I request people not to say such things. Drugs tested in other countries are considered good, but when our scientists develop drugs manufactured in India, people see it as such. I request not to discuss such things, ”Union Minister of State for Home Reddy was quoted as saying by the news agency ANI.

Two Kovid-19 vaccines manufactured in India, one developed by Oxford University and AstraZeneca, and the other being operated by Bharat Biotech.

“The vaccines have been approved only after testing. I say with confidence that vaccines will benefit everyone, ”said Reddy.

The Bharatiya Janata Party (BJP) and the Congress along with the opposition party’s Shashi Tharoor and Manish Tiwari are engaged in a bitterness of words, questioning the authorization of Bharat Biotech’s authorization of emergency use of kovaxin.

Lok Sabha member Tiwari from Anandpur Sahib on Saturday once again questioned the government over the lack of public representatives in the inoculation drive closed by Prime Minister Narendra Modi, for the first time. Union Health Minister Drs. Harshvardhan, responding to Tiwari’s allegations, said that the legalists were eager to ‘spread mistrust and rumors’.

Tiwari had also questioned the effectiveness of the Bharat Biotech vaccine earlier in January. On 6 January, Tiwari accused the government of politicizing the epidemic for its own benefit and licensed a vaccine without waiting for its Phase 3 test results. “The BJP government has done a great job for the company which would have invested crores of rupees in research and development. Tiwari has been quoted by news agency ANI as saying that in his quest to prove his ‘Atmanabir Bharat’, he has licensed a vaccine whose third phase has not been completed.

Congress MP from Thiruvananthapuram, Tharoor called the decision to approve emergency use a ‘hasty’ decision that would affect India’s reputation in the vaccine world. In a series of tweets criticizing the government, Tharoor said that ‘vaccine nationalism’ has eroded established scientific protocols. “India actually has a good reputation in the vaccine world, as a manufacturer (60 percent of the world’s vaccines) and as a consumer (the success of polio and smallpox vaccination campaigns). Tharoor said in a tweet that it was hasty Both pose risks, especially if COVAXIN becomes ineffective.

“Worse, if it becomes unsafe. But this is typical of a government that likes to raise slogans over matter. Chest-thumping ‘Vaccine Nationalism’, which has been linked with the Prime Minister’s “Atmanabir Bharat” campaign, has overtaken a generation of common sense and established scientific protocols.

Prime Minister Narendra Modi also assured the citizens that the vaccine has been given emergency use authority only after scientists have assured their safety and effectiveness after launching a nationwide Kovid-19 vaccination campaign. PM Modi also urged people to ignore the rumors related to the vaccine.

The government is targeting to vaccinate around 300 million people in the first phase of the nationwide immunization program. In the first phase, 30 million healthcare and frontline workers and elderly people are going to take the vaccine.