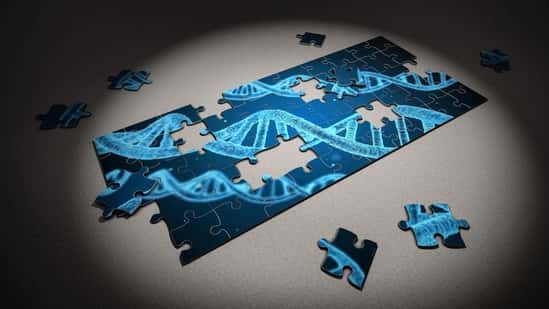 A new study states that all people outside of Africa carry the inherited gene variants from Neanderthal, which reduces the risk of intensive care for Kovid-19.

A new study states that all people outside of Africa carry the inherited gene variants from Neanderthal, which reduces the risk of intensive care for Kovid-19.

In addition to risk factors such as aging and diabetes, including scientists at the Karolinska Institute in Sweden, gene variants in people make them more or less susceptible to developing severe Kovid-19.

While an earlier study by researchers showed that this risk variant was inherited from Neanderthal, the current research published in PNAS says that these human ancestors also contributed to a protective genetic variant for current ones .

According to scientists, this variant, which reduces the need for intensive care on infection with the virus by 20 percent, is inherited from Neanderthal.

The gene, called OAS, regulates the activity of a protein that breaks the viral genome, and the study noted that the Neanderthal type of this protein does this more efficiently.

“It shows that our legacy from Neanderthals is a double-edged sword when it comes to our response to SARS-CoV-2. They have given us variants that we can curse and thank them both for, “Hogg Zeberg, a co-. Author of the study from Karolinska Institute.

The study also shows that the protective version from Neanderthal has increased in frequency since the last ice age so that it is now carried by almost half of all people outside of Africa.

“It is striking that this Neanderthal gene variant has become very common in many parts of the world. This suggests that it has been favorable in the past,” said Shwete Pabo, director of the Max Planck Institute for Evolution Anthropology.

The study’s other author, Pabo, stated, “It is also striking that the two genetic variants inherited from Neanderthal affect Kovid-19 in opposite directions. Their immune systems clearly affect us today in both positive and negative ways. Does, “Pabo, who is the other author of the study.

This story is published from a wire agency feed without modifications of the text.

Get our daily newsletter in your inbox.

Thank you for subscribing to our daily newspaper.